Driver safety has a connected future

Autonomous vehicles could be vital to a safer Australia, just around the corner. We jump aboard the NSW Government Driverless Vehicle program at Sydney Olympic Park to find out more.

Autonomous vehicles are on the move from test circuits to our roads and highways. For many, a first experience of this technology may be catching a driverless bus, such as the one being trialled at Sydney Olympic Park by the NSW Government.

On board the French-made 15-seater Navya is innovative technology to navigate and respond to the presence of other vehicles, pedestrians and changing conditions on its own. Connected to intelligent infrastructure, the safety benefits of these ehicles can be driven even further.

“Driverless vehicles are a transport revolution,” says Dean Economou, Telstra’s CTO Products. Telstra is a partner with the NSW Government, HMI Technologies, NRMA Motoring and Services, Sydney Olympic Park Authority and IAG in the trial, where the advanced suite of sensors aboard the bus are being exposed to Australian conditions.

“Once you have vehicles that are autonomous and that talk to each other, they can operate like a fleet, so we can potentially put many more vehicles on the road much more safely, while reducing congestion,” Economou explains.

While the trial vehicle is operating in network isolation, Australia’s transport infrastructure will likely include a suite of roadside IoT (Internet of Things) devices. 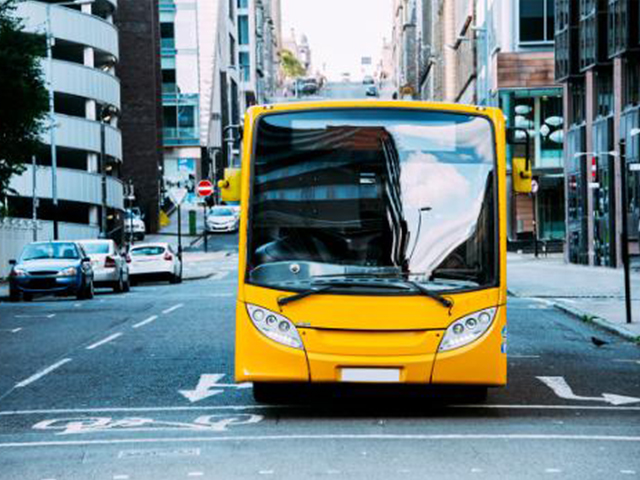 “Traffic lights and smart parking sensors are examples everyone knows, but there are more things happening, such as road sensors to understand surface and weather conditions as well as the ability to see around corners via networked cameras,” Economou says.

Constructing such an all-encompassing network will require determined engagement and co-operation between government and private-sector stakeholders in technology and transport.

The vehicles themselves, bristling with sensors, will form an integral part of any combined logistics system – both via vehicle to vehicle communications (known as cooperative intelligent transport systems) and contributing data for analytics and machine learning-based problem solving. “The vehicle itself is actually interpreting its surroundings,” Economou says, “and that’s all going to central cloud storage, being analysed, being improved, so whatever the vehicles are learning is spread back to all the vehicle fleet”.

Economou says technologies such as Telstra’s 5G service on the Telstra Mobile Network, which supports Narrowband IoT, are vital to building a connected system to benefit all Australians, not just those in urban centres. “What this category of devices requires is very low power, very low bandwidth and for the propagation to be very good, so everything can be connected.” Economou stresses that autonomous vehicles won’t just be better, safer and faster versions of existing ones, they’ve also got the potential to change the social fabric of society. “The final set of important reasons is actually about accessibility for groups of people who can't currently drive: the very young, the very old, and people with disabilities.

So, autonomous vehicles give them the chance of freedom and autonomy of a different kind.”